What makes a good lead developer

If you want to be a lead developer, it’s not enough to be a JavaScript expert.

A step up from entry-level developer positions, lead developers have multiple responsibilities that demand qualities beyond building software.

Lead developers are in charge of a team. The position is halfway between a developer and managerial role and encompasses both skill sets.

While you still need to know how to code, your communication skills are just as necessary—and that’s just the beginning.

For a full breakdown of what makes a good lead developer, read on—this article will explain the ins and outs of the position.

One of your primary responsibilities as the lead developer is to guide junior developers through tasks. However, this is only possible if you have full stack knowledge.

Think about it—your team will consist of both front-end and back-end developers, considering the two fields go hand-in-hand.

How can you assist the front-end team without knowing HTML and CSS? How can you help the back-end developers if you aren’t comfortable with Python or PHP?

To fully support your team, you must be well-versed in front and back-end development.

You should have a working knowledge of both fields, as it’s your responsibility to guide the two specialties in the right direction.

If we take a closer look at front-end development, you should be familiar with the following:

HTML is used to configure the format of visuals and texts, managing the structural hierarchy of headings, paragraphs, pop-ups, etc.

CSS is then utilized to style the HTML elements. For example, CSS can change the font of a text.

Finally, with JavaScript, your website becomes interactive, and the HTML elements become functional.

Moving on to back-end development, you should have a good grasp of the following:

PHP is popular for providing server-side scripting and being adaptable on multiple operating systems, e.g., macOS, Unix, and Windows.

And finally, Ruby is known for its simplicity, intuitiveness, and innovation, with objects being treated as interactable units within a program.

As the lead developer, you’re the link connecting your developers to the rest of your organization and vice versa.

Playing this role requires excellent communication skills, as you’ll have to convey information that must be expressed differently depending on the audience.

For example, imagine you’re briefing a project to your team. You won’t reiterate every one of the stakeholders’ goals, as that information isn’t relevant to your team’s workload.

Depending on whom you speak to, the communication style will differ, and it’s your job to master these various approaches.

That being said, the most crucial aspect of communication with your team is to impart their value to the organization and how they contribute to the company’s goals.

This is essential, as an IBM study revealed the following:

Unfortunately, many employees seem unclear on their organization’s ambitions, their next challenges, and upcoming general plans.

As the lead developer, this information might be obvious to you, as you’ll frequently attend business meetings on a senior level, where the focus is on strategy.

However, your developers won’t participate in these meetings and won’t be as informed. Don’t forget this, and regularly update your team members on the company’s general direction.

Finally, being open and honest is vital—transparency should be your top priority. Don’t be afraid to share your opinions with your developers, especially when delivering feedback.

The behavior described below is a perfect example of how not to communicate:

This individual has offered no information, withholding insight into their thinking. It’s impossible to tell what their thoughts are.

Take this behavior as inspiration for how not to act.

Don’t cover your mouth, express yourself at length, and ensure everyone has understood your opinion. In other words, be as transparent as possible.

Your junior developers won’t want to remain juniors forever. They have their own aspirations, and as a lead developer, you must mentor them towards achieving these goals.

However, mentoring doesn’t mean simply showing them the correct answers. With that approach, your developers will never learn.

Instead, a much better option is to guide them through the learning process without doing the work for them.

Or, in the words of Selleo’s CTO:

Although you should never leave your employees high and dry, developers will learn best by doing.

For instance, if you’re improving their multithreading, they should write a multithreaded program (under your guidance).

Simply serving them a completed program won’t teach them how to do it.

Recent research has revealed the following:

For example, the concepts of KISS (keep it super simple) and DRY (don’t repeat yourself) won’t mean much to junior developers until they see real-life use.

Try showing your employees DRY code—and then show them what that same code looks like if it isn’t DRY. That way, you’ll drive the point home.

However, mentoring is more than just teaching coding—you should also guide your employees’ professional development.

Willem Spruijt makes it a point to explore his employees’ career advancement:

You should speak to your developers about their professional goals and brainstorm ways to achieve them. For example, let’s say one of your juniors wants to become a lead developer.

To help prepare them for such a role, you could assign them as project lead or have them attend stakeholder meetings.

In other words, you’ll have to help prepare your employees for their future senior roles.

The best developers in the nation can be working on a project, but they’ll still need someone to lead them.

Building software requires expert coordination to ensure no one is working on redundant tasks or irrelevant features. In other words, it requires responsible task delegation.

The key word is responsible. Task delegation might seem straightforward, but it requires careful consideration.

For one, you have to think of task dependencies—it’s a bit counterintuitive to run QA testing before the front end is completed.

Furthermore, you’d do well to distribute tasks based on strengths and weaknesses.

If you have an employee who despises creating documentation, it’s not the best idea to assign most of the writing to them.

When assigning tasks, you’d greatly benefit from a task management tool such as Trello.

With this resource, you can keep a clear overview of your developers’ assignments. Here’s what it looks like:

This tool provides a view of everyone’s responsibilities, making it easy to manage everyone’s tasks.

Furthermore, you can assign employees to each specific task.

With this feature, every developer will have a written record of their responsibilities, helping them keep track of their workload.

When assigning tasks, it’s also helpful to provide visuals to complement the instructions. Research has revealed the following:

Given these insights, if applicable, attach images to your task descriptions. That way, your developers will have a clearer idea of what you’re asking them.

For example, if you ask for a bug fix, just screenshotting how the bug looks on the front end is already a huge help.

Overall, a lead developer’s ability to delegate tasks responsibly is vital for the team’s success and productivity, and can enhance their performance significantly.

After delegating tasks, your developers can focus on only that one assignment.

However, you have an additional responsibility—placing these tasks in the context of the company’s business goals. You need to keep the big picture in mind.

Whereas your developers operate on a micro-level, your work is done on a macro-level.

You’ll regularly communicate with other departments and upper management to ensure your team’s work benefits the business.

Per this user’s summary, think of your team’s workload as a means to help the business.

You’ll have to continuously weigh your project’s pros and cons, determining what features are the best fit for the company.

If you’re unsure how to juggle all this information, there’s an easy method for big-picture comprehension: concentrate on the company’s mission statement.

This sentence is hugely helpful, as it summarizes your company’s values and motivations. For example, here’s Google’s principal mission statement:

Above all else, Google values the user experience.

Now imagine you’re working on a project at Google. One failsafe strategy to ensure the product aligns with Google’s big-picture goals is to treat this sentence as a guiding light.

Simply keep asking yourself: does this provide a beneficial user experience? Constantly strive towards that ideal, and the project is bound to fit into Google’s philosophy.

Another similar tactic is to refer to your OKRs—objectives and key results.

With this framework, leaders first determine their goals and then decide what results would indicate whether these goals are being achieved.

OKRs are helpful for understanding the big picture, as they reiterate your company’s objectives and therefore provide direction. Felipe Castro described their intended effect best:

By constantly striving towards your OKRs, you can ensure your team is operating according to the big-picture objectives and is working towards achieving the company’s vision.

Technology is an ever-changing landscape. Just look at innovations and trends such as Java’s shift to functional programming, the cloud, no-code programming, etc.

Given the volatility of software development, it’s important to always remain open to new ideas. Your company’s success could depend on it, as the case of the music retailer 4Sound shows.

The company had problems coordinating its Sales and Marketing efforts and was using a clunky legacy intranet system.

However, after investing in a new intranet, store communication jumped from 20% to 80%—all because of the novel software.

Adopting new intranet models often pays off due to the ineffectiveness of legacy models. Ronald Haagensen has also commented on this:

If companies refuse to accept new technologies, business is guaranteed to stagnate.

However, when exploring your options, it’s a good idea to focus on SaaS applications.

They typically reside in cloud environments, making them easily scalable and compatible with other SaaS solutions.

The statistic below speaks to the flexibility of the SaaS model:

These numbers prove that the SaaS model is easy to utilize and integrate. No matter how many you acquire, they should easily fit into your current tech stack.

However, while you should take risks, ensure they’re calculated. There’s no point in trying new things if there’s no value, so make sure the new approach can benefit your business.

Furthermore, if you notice that your risk isn’t paying off, abandon the idea before it goes on for too long. There’s no shame in admitting you made a mistake.

If you recognize a new approach isn’t the right fit for your team, retract the idea, as it’s better to react early before your organization spends too much money needlessly.

All in all, however, keeping an open mind is often a prerequisite for your company’s growth. Think about it—how can you ever advance without trying new things?

Although a good lead developer should be technically competent, they must possess numerous other qualities to do their job efficiently.

For starters, they should have full stack knowledge and be continually open-minded to new technologies.

However, they also need to responsibly delegate tasks and be a good mentor, guiding their employees to become better developers.

Finally, they must have excellent communication skills and maintain a clear vision of the company’s big-picture goals.

If you want to support your developers as best as you can, follow these tips, and they’re bound to appreciate your efforts. 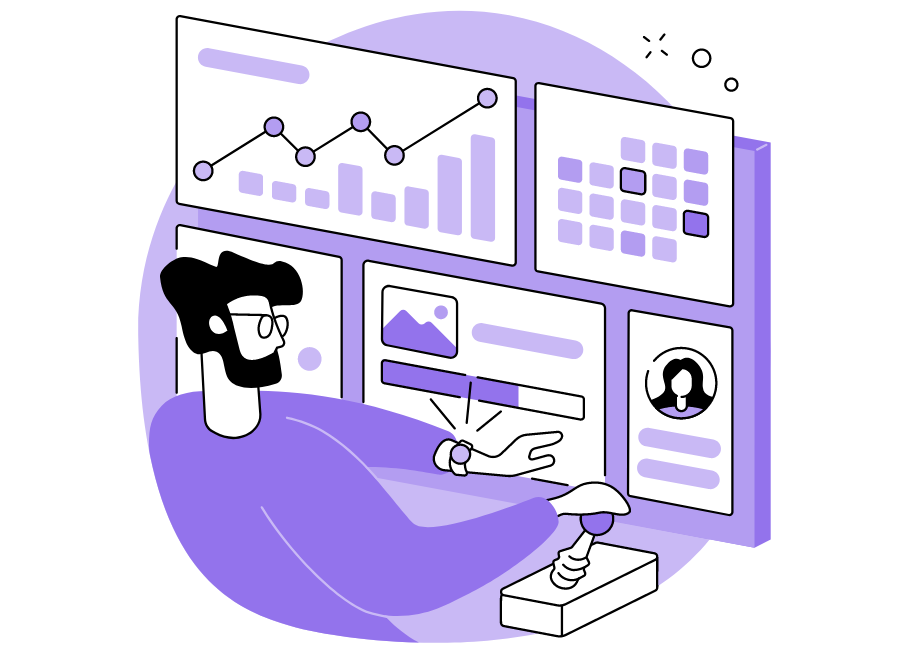 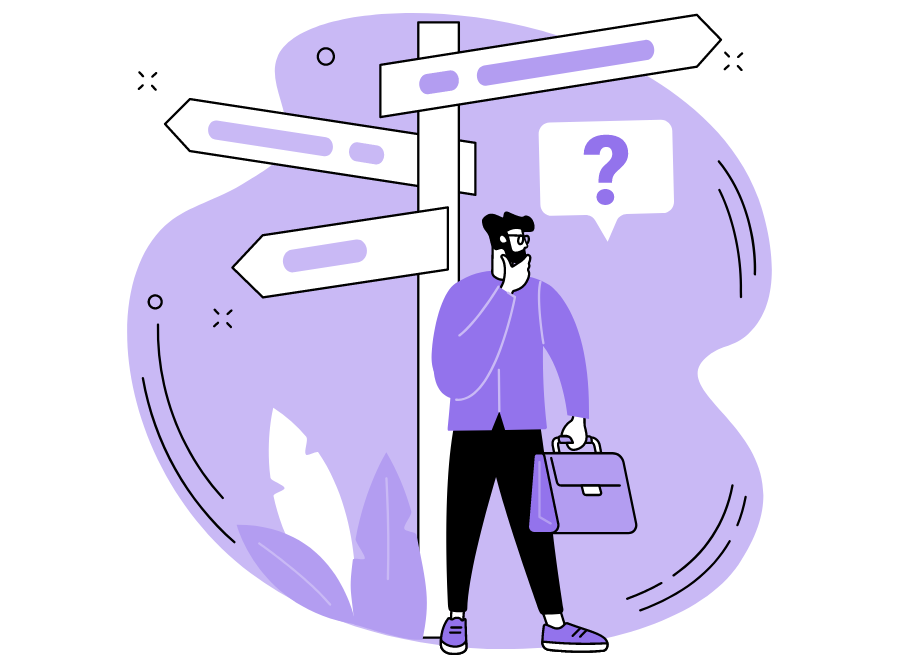 How to develop career paths for your software engineers